The Bear, The Pie & The Tree 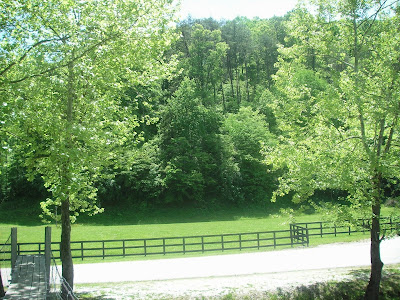 This is a story told to me by my Grandpa Vincent Prater , when I was a kid. He lived for many years up South Fork Road (Hwy 1098) in Breathitt County. The photo on the left is that property.

The story goes like this; My Grandma used to bake pies and put them in the open kitchen window to cool. But she would always have to make an extra one for a Big Ole Black Bear that lived up the holler. The Bear would smell the pies, come down out of the holler, grab one of the pies and run up a giant pine tree next to the house. He would sit there high up in the tree and enjoy his pie.

Finally, Grandpa decided he'd fix that Bear. So one day he went out into the yard and cut down that big pine tree. The next week Grandma made her pies and set them in the window to cool. This time Grandpa was sitting at the kitchen table waiting for the Bear. He didn't have to wait very long before he saw the Bear making his way toward the house. Just like every other time, the Bear lumbered up to the window, grabbed a pie.  But this time he ran 30 feet straight up before it realized the tree was no longer there.  Got Ya’! 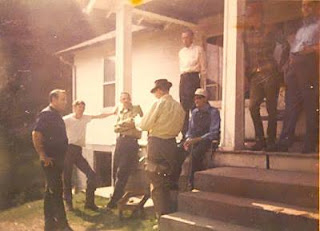 February 26, 2019
And then it hits You. That thing You thought You didn't know, You realize You've known it all along. Like the Elephant in the room that everyone but You can see, You've been in denial all this time.
Read more 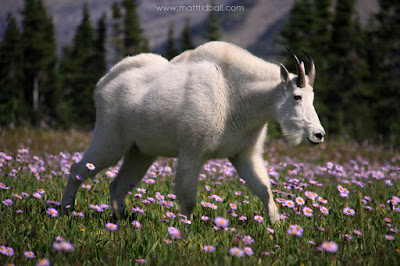 The Lift-Gourse as told by: John Vincent Prater
This is the seldom told story of the fabled Lift-Gourse and the Farmer.This story is one of moral and of consequence, a story of greed and ingratitude.A story told many times, for many generations across the lands, but as mentioned above; this story is hardly ever told to this new generation of Young’ns. At the finish of the story; some may sit in wonder, others may ponder upon when they had first heard this tale and a few will simply smile and nod.
And So We Begin; Once upon a time; in a land not so far away, or a time not so long ago, there lived a Farmer and his Wife.The two had no children, no pets, no TV (has it had not yet been invented) and no radio.What they did have was more than five thousand acres of land, five hundred head of cattle, fifty chickens, five goats, a mule and a horse.The Farmer and his Wife worked their massive Farm, from sunup to sundown, month after month, season after season, year after year.However, one day…
Read more